Type your search below : 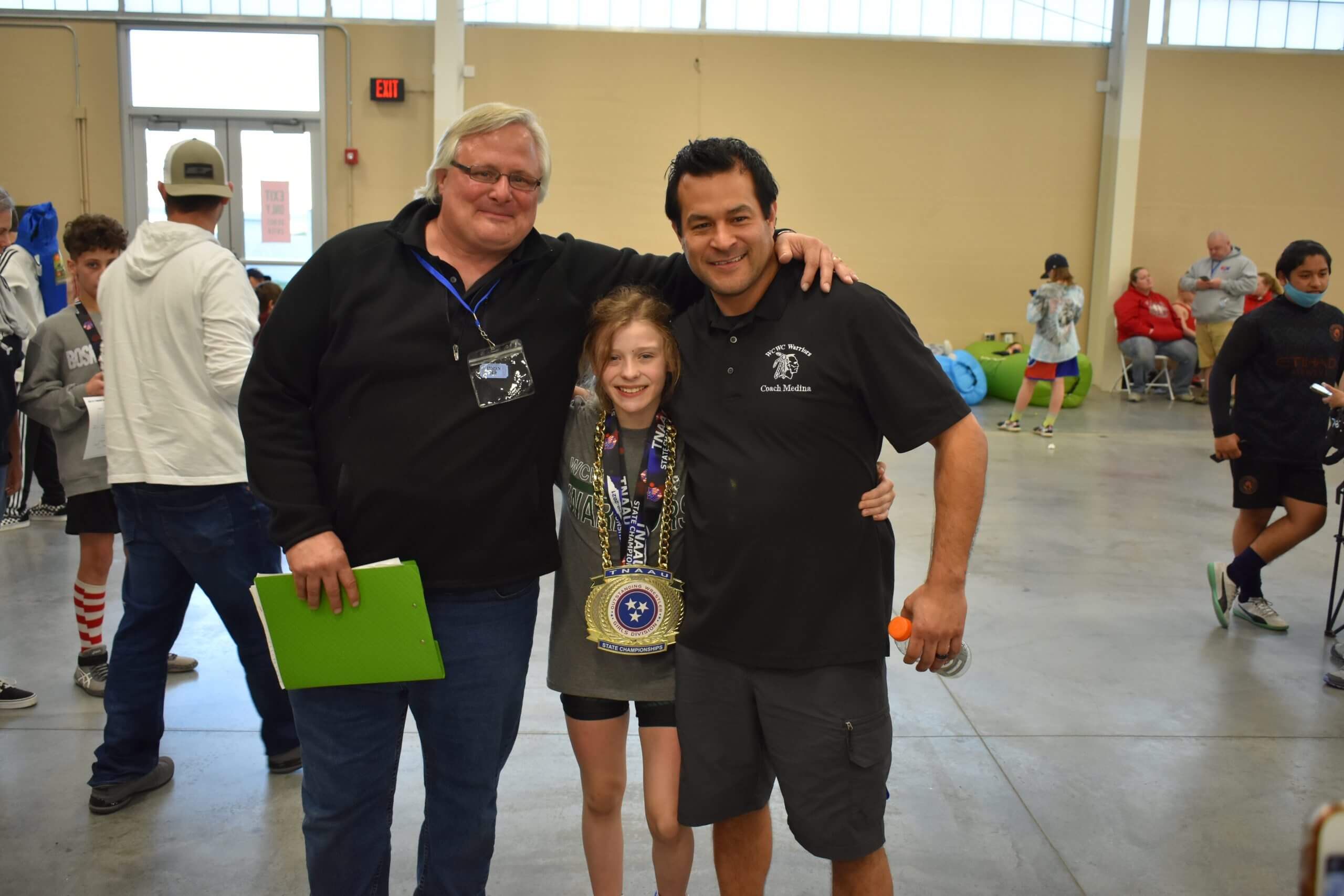 Welcome! The Williamson County Wrestling Club is excited about the upcoming 2022-2023 season. We are looking to build off last season’s finish as the club won its 3rd straight TNAAU Region 4 Championship!

WCWC finished in 1st place in the team standings (out of 27 teams in the region). Individually, we had 14 Region Champions and 41 wrestlers qualified for the TN AAU State Tournament. Olivia Johnson won an individual state title and the club had 22 state medalists. WCWC finished in 6th place in the team standings. The club also had an outstanding performance at the TNAAU K-8th State Dual Championships finishing in 2nd place!

The club also won the TNAAU Region 4 Coaching Staff of the Year award for the 2022/2023 season.

WCWC wrestler, Tanner Tran earned double All- American status at the USAW Cadet Nationals in Fargo North Dakota as he was a medalist in both freestyle and Greco-Roman wrestling. Tanner also was champion at the AAU Spring Youth Nationals in Kingsport, Tn.

WCWC is a faith-based organization that has been growing the sport of wrestling since 1995. Originally started as the Future Champions Club, WCWC is the longest running youth club in the state.  Our wrestlers have gone on to be High School State Place Winners, High School State Champions, and successful college wrestlers. We instill qualities like work ethic, teamwork, character and sportsmanship. Qualities that will help your son or daughter long after they stop wrestling.

Two reasons our club has enjoyed long term success is because of our volunteer coaching staff and our Music City Brawl Tournament. The Music City Brawl is our fund raiser and one of the largest youth wrestling tournaments in the south. The proceeds from this tournament keep our membership costs down, allowing more families to participate. Thanks to Music City, our membership includes entry fees to most of the tournaments that we attend. Going forward, starting this season, our tournament will be known as the “Music City Brawl Nationals” and will be hosted at the Franklin Ag Expo Park in Franklin, Tn. This year will be the 14th year for the event.

Our coaches are volunteers. We have been blessed by the quality of coaches for many years at WCWC. There are current and former high school head coaches on our staff. We have a former division one college head coach, as well as coaches that competed in college. You will not find a youth club with more experienced coaches.

We have wrestlers at all skill levels. From beginners to kids competing and placing at national tournaments. The Club is open to all kids, ages 4 through 8th grade, no matter where you live in Middle TN.

For the 2022-2023 season, our practices will start on October 24th. We encourage you to join our email list and Facebook page to keep up with practices and other activities.

AS MENTIONED, THE CLUB GOES BACK TO 1995. TNAAU STARTED USING TRACK WRESTLING IN 2012. SO, CURRENTLY WE HAVE CLUB STATS GOING BACK TO THE YEAR 2012 AND THERE ARE A FEW TNUSA EVENTS THAT GO BACK A LITTLE FURTHER.  WE HAVE CREATED A “TROPHY CASE” THAT WILL LIST WRESTLERS FOR KEY EVENTS GOING BACK TO 2012. SOON WE WILL HAVE IT ADDED TO THE WEB SITE. I HAVE RECENTLY CONTACTED THE FOUNDERS OF THE CLUB. WE ARE TRYING TO GATHER STATS FOR THE YEARS BEFORE 2012. AS THIS INFO COMES IN, WE WILL ADD IT TO THE “TROPHY CASE”.

WE ARE THE OLDEST CLUB IN THE STATE. WE ARE ALSO THE MOST DECORATED CLUB IN THE WILLIAMSON/DAVIDSON/MAURY COUNTY AREA.

HERE ARE SOME KEY STATS FROM 2012 TO THE PRESENT: